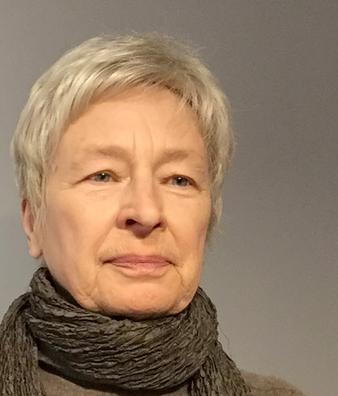 ​Early in her career, Lorraine Kisly was a correspondent at Newsweek, serving in New York, and in the San Francisco bureau, and during the Watergate investigation, at the  Washington D.C. bureau. She was among the first women foreign correspondents at Newsweek, posted in the London bureau.

In the decades since, she has explored the world's religious teachings, for many years as the Editor of the quarterly journal, Parabola: The Search for Meaning. Later she was the Founding Publisher ofTricycle: The Buddhist  Review, and Publisher at Pilgrim Press.

Since 2000, and a reanimation of her Christian roots, she has written and edited works devoted to discovering the living, inner-core teachings at the heart of Christianity.

Currently, she is working with small groups, in parishes and congregations and elsewhere, who wish to enter into the Lord's Prayer, and to encounter it anew as the fundamental Christian meditation. Please use the contact form for more information.

The interview below with  Beliefnet  about her first book,Ordinary Graces, explores the nature of her search.

An article from Publisher's Weekly considering more of her works can be found  here.